Today, we are accustomed to our maps being perfectly accurate. If you want directions somewhere, simply pull up Google or Bing Maps, and they will be able to give you turn by turn directions to your destination. Sometimes the maps are a little out of date – if your destination is a newly constructed building, or there have been some major changes to the road system then you might be in for a nasty surprise, but those instances are rare and usually only a minor inconvenience. It’s not like Google is telling you that there’s an invisible mountain range in landscape in front of you, or anything so extreme. It hasn’t always been that way. 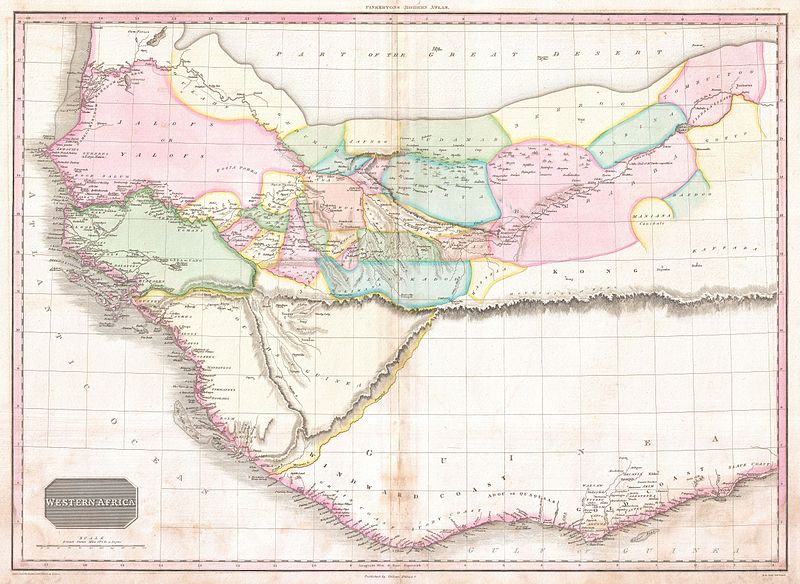 When Greek scholars decided to try to put together a huge map of the world, they decided that the world was sort-of round. This was a groundbreaking idea at the time, and it’s impressive that they got this right considering the tools they had available at the time. They even managed to identify three continents, the ones that we today call Europe, Africa and Asia. There were many omissions, however.
While most cartographers were happy to simply leave unknown areas blank, some chose to fill in maps based on stories, guess work, or religious warnings. Some maps made during the 11th century included references to Paradise, Hell, and mythological creatures. These illustrated maps were popular in churches, and achieved a lot in terms of religious instruction, but did little to expand the general population’s understanding of the world at large.
Deliberate guesses or artistic insertions are one thing, but perhaps the most interesting “gaffe” is the creation of the Mountains of Kong. These mountains were supposed to be in Africa. They were “discovered” by James Rennell in 1798, and were duplicated on maps made by other cartographers for almost 100 years until it was discovered that they did not actually exist.
Many other cartographers have created their own small imperfections or hidden additions, a sort of hallmark on their work. Today, those hallmarks are easily discovered, and most navigation software, naturally, aims for 100% accuracy. It’s unfortunate, but it seems that cartographers have had their fun.